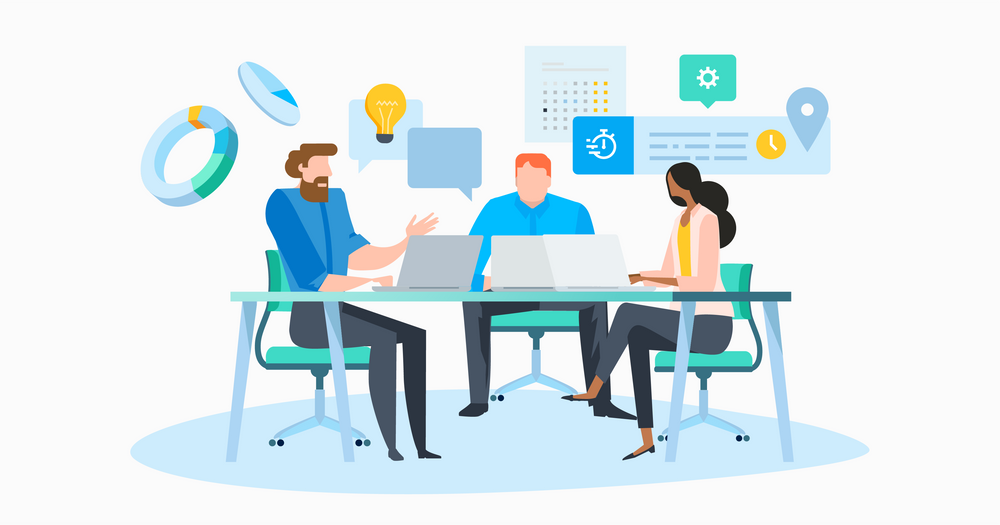 In early October of 2017, the New York Times broke a story announcing that Harvey Weinstein, famed Hollywood movie mogul, stood accused of decades of sexual harassment and assault. The story shook the foundations of the entertainment industry and resulted in the #MeToo movement heard round the world.

Earlier that year, the Times had chosen to move 90 percent of their media buying to an in-house staff of 20 people. With increased control and planning, they were able to quickly and efficiently arrange a reactionary ad campaign, “Truth Has a Voice”, directly referencing the movement sparked by the paper’s reporting. Because they had the ability to control their media buying and advertising in-house, the newspaper was able to create a wildly effective campaign in a short amount of time to align themselves with a critical cultural moment. They aren’t the only ones taking notice of the advantages of in-house media efforts; Condé Nast, Netflix, and Sprint have also gained control of their own buying and marketing in recent years.

When media buying is managed in-house, the black box mentality and secret-keeping of ad agencies disappear; brands are able to manage their own content without being subject to non-transparent business practices with questionable efficacy, as well as react swiftly and efficiently to react to momentary cultural circumstances. Ad campaign data results come in clean to the advertiser without the possibility of being distorted by a middleman.

Programmatic buying presents its own problems in a constantly-shifting media landscape. When buying programmatic ads, brands are less able or completely unable to control where their ads end up across the web, and who or what they’re displayed next to. A boutique children’s clothing brand may not want to pay for space next to a large competitor from the same industry, for example. When the buying is done in-house, the larger goals of the advertiser, like protecting the brand image and aligning with like-minded organizations, can always be front and center.

New and expanding forms of social media have had a massive impact on the world of digital ads. Platforms based around user-created content like Instagram and Snapchat can’t actively monitor content to ensure an ad’s proper placement. Social media platforms and advertisers remain constantly misaligned because the ultimate goal of these sites and apps is to increase user engagement, not send their users elsewhere. The result is that social media companies are extremely secretive when it comes to algorithmic specifications, making the advertising process even murkier.

Because social media platforms are so heavy on user data, they tend to be especially picky about giving third parties access to their data in order to protect their user base. The result of that, ultimately, is a lot of in-house ad management. And when an in-house team that is deeply familiar with the brand’s values and products is able to manage their ad buying on social media, the success of targeting efforts are amplified and enhanced because they are able to keep a close eye on ad results and manage their own content. This allows them to ensure that their social content is safely placed and directly reflects the brand’s intended image.

Many companies may be weighing the benefits of outsourcing their marketing efforts over taking on what feels like a Herculean task, but new technologies are emerging that make in-house media marketing obtainable even for smaller staffs. When surveying customers (both buyers and sellers), partnerships platform DojoMojo found that 83 percent considered content control to be important, and 90 percent are concerned about brand compatibility. Finding trustworthy sellers and guaranteed performance was reported to be a painful process.

A Comprehensive Guide to the Types of Partnership Marketing

How to Use reCAPTCHA to Protect Your Campaigns

How to Use Packaging Inserts to Delight Customers and Maximize Sales

No results for your search, please try with something else.